Computer generated image of the development – for illustrative purposes only.

Computer generated image of the development – for illustrative purposes only.

Computer generated image of the development – for illustrative purposes only.
View towards the West Colony

Computer generated image of the development – for illustrative purposes only.
A view west over new landscaped park.

The Ropeworks conveys a fresh and modern design, ideal for those seeking a unique space within a lively and thriving area
of the city.

These highly efficient homes are fitted with a high specification throughout and every design detail has been taken into consideration to encompass spacious city living.

Central to this development is the concept of open spaces – with direct access onto the existing 46 acre Leith Links, together with a new landscaped park and extensions to the existing allotments.

This will offer a vibrant and engaging outdoor space for city dwellers.

The Ropeworks development sees new homes built on the site of the historic Edinburgh Roperie and Sailworks Company. The company was founded in 1750 and was used continuously for 210 years.

In the beginning…
The company was founded by a small group of local ropemakers and other tradesmen, and by 1914 it employed over 1,000 people.

The factories here produced a myriad of different materials, initially for outfitting sailing ships, but diversifying over time. By 1922, they were producing ropes for steamers and trawling, huge towing ropes, 24cm round, ropes for railways, fishing lines, and even twine for agricultural use in Canada. Their sailcloth production also developed and after steamers replaced a lot of sailing vessels, they produced canvas and other work fabrics as well.

210 years of history
The Edinburgh Roperie and Sailcloth Company was bought over by British Ropes Ltd in 1925, but remained on site for a while longer, and they continued to innovate and remain a leading player in global rope and sail-making. They held a bi-centenary celebration in 1950, opening a new weaving mill for modern synthetic cloth.

The final chapter of their long history ended when the factories finally closed in 1960, as British Ropes moved all their manufacturing to London. 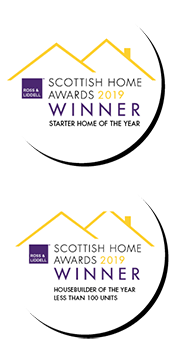 Get your brochure now and discover The Ropeworks